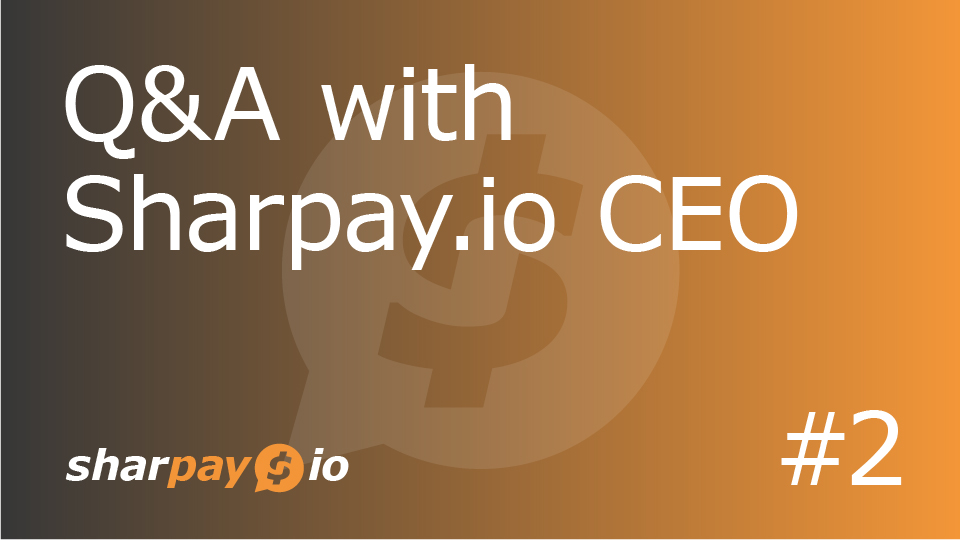 A question from “kami121” in our official BitcoinTalk thread:

hi everyone. I’ve been sharpay holder for more than 2 years. As you can see sharpay has performed very poorly and there’s just no sign of it being alive. 6 million $ was raised during ico sale and I wonder where did that money go? every time I ask dev team that what’s up and will there be a new exchange listing or not they just say we are working on it. isn’t 2.5 years and 6 million $ enough to do some work? if you don’t belive in your own project how can we? we demand that s token would be listed on bigger and better exchanges so that people can get to know and invest in it. exchanges like hotbit list coins for a reasonable fee. please instead of giving empty promises and dawdling do something

Hello. Thank you for holding our S tokens. About everything else, we answer again and again, debunking the myths.

1. We never had $6 million. We never announced it. And we have never raised US dollars on Token Sale.

2. On Token Sale, almost 3 years ago, we raised ONLY cryptocurrencies, mainly ETH, also a few other cryptocurrencies that were converted to ETH. We have never withdrawn the raised ETH to the cash, never exchanged it for US dollars, our project never had dollar accounts in any bank. We have repeatedly stated this in our news and development reports, as well as in answers to user questions. We understand that most likely you sold all ETH at high prices of $1,400 3 years ago, became dollar millionaires and think that everyone else did so. But this is not about our project. And in reality, we don’t know anyone who did that. Everyone we know has been “only hodl” all these years, watching how funds dissolve and plans collapse.

3. $6 million is the wrong amount that ICO trackers (for example, ICOBench) mistakenly attributed to us, starting from the raised amount of ETH at the maximum rates ($1,000–1,400/ETH) and without taking into account all the expenses that we incurred. They used the wrong approach to assessing and converting the funds raised by us on Token Sale. And of course, you cannot calculate the amount of the fee at high rates.

4. In fact, the amount raised on Token Sale was significantly less. Moreover, we did not receive about half of the amount officially declared by us in ETH, because after the Token Sale our Asian partners refused the transfer under a deferred payment agreement, thus they did not fulfill the terms of the Token Sale participation contract. But we couldn’t write about it in the news.

5. Moreover, from what we actually raised on Token Sale, a significant part of the funds was spent on promoting Token Sale itself (it was very very expensive, for some reason no one takes this into account), as well as on listings and active promotion of the project in 2018.

6. Moreover, what remained of the raised funds had to be spent very sparingly in the following years. But in 2018–2020, the ETH rate fell 2 times to a level below $100/ETH. That is, from the high rate, it fell more than 10 times twice and we still had to pay salaries to the team for the development and service of the project and still develop the project.

7. Moreover, in 2018 the crypto winter began, during which all altcoins fell to the bottom, which lasted 2 years and most people became disillusioned with cryptocurrencies and refused to have anything to do with cryptocurrency projects, including our project.

8. No, we have never stopped the development and promotion of the Sharpay project over the past 3 years. Anyone who claims this is wrong. This can be easily checked by our news about the development of the project for all 3 years in all social networks (Facebook, Twitter, LinkedIn, Medium, Reddit, Steemit, Golos, BitcoinTalk threads), including our official Telegram channel https://t.me/sharpay_io. All these years we have been in touch and on average published 2 news every week (now less). Also, we always respond to all email requests and all messages in a personal chat with our admin: https://t.me/sharpay_admin.

9. Our project was not destined to survive in these conditions, in a falling market, without a loyal environment, with a minimum budget that we stretched, saved, spent everything and now we are spending our money. But we survived. We have tightened our belts very tightly over the past period, optimized everything we can, reduced the team to a minimum, optimized the servers — we did everything to make the project live. And Sharpay lives on.

10. Yes, we are now at the bottom. Yes, we have kept a good listing on the reputable IDEX.io (2.0) exchange. Yes, we will not make new listings yet. And because there is no money for this and because it makes no sense until there is real liquidity on the IDEX exchange and organic demand for our S tokens.

11. Yes, we continue to install buttons on sites and Telegram channels. Yes, our base of sites and users of our project is gradually increasing. Yes, we carry out all transfers, including the accrual and withdrawal of rewards to users in any cryptocurrencies from CoinMarketCap TOP 100.

12. Yes, as we already said, we are good developers, but, apparently, bad sellers and marketers, it seems that any of you in our place would have led the project to success long ago. We agree with this. But, we love our project, we believe in it and we will come up with something to start really growing.

In Honesty We Trust!
Sharpay.io Team

P.S. We are looking for a cool strategic partner. Please contact our https://t.me/sharpay_admin.